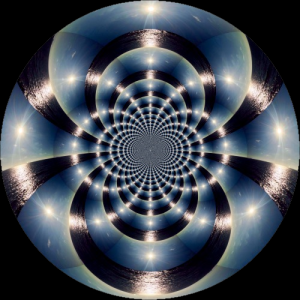 The Nobel Tutoring Service, the "Endless Horizons" logo, and all original site content are © nerdy.nel, 2015-2022. All rights reserved. Unless explicitly stated otherwise, all opinions and views expressed in this site are strictly my own.

Over the years, I’ve given much thought to transportation infrastructure in the New York metropolitan area and how to improve it. At first, I mainly focused on subways, given my love of trains. Recently, however, I began thinking beyond the rails. It’s no secret – NYC’s subway is in crisis. NY is always stuck in traffic. NY’s highways are a chief source of pollution and misery. Politicians blame bikes for car-caused congestion.

The novel coronavirus (COVID-19) presented a golden opportunity to rethink transportation in and around NY. Stay-at-home orders and the resulting decrease in traffic reduced air pollution in cities worldwide; along the Eastern Seaboard, cities normally inundated with pollution from Interstate 95 enjoyed an unusual respite. However, despite the usual rhetoric, politicians have largely failed to seize the moment – traffic hell is slowly returning, with no meaningful solutions in sight.

So how do we fix all this? How do we get NY moving again post-pandemic, in a way that also achieves environmental justice for all?

What is NYTIP, you ask? Simply put, NYTIP is my informal collection of ideas for improving New York’s transportation systems and infrastructure. I’ll present these ideas in a series of blog posts.

My motivation for starting this blog series came from many places – studying transit and highway maps (including satellite images via Google Earth), researching formal subway plans, proposals from the Regional Plan Association, discussions on Transit/Urbanist Twitter, ideas from The Brown Bike Girl, Transit Ninja, Second Avenue Sagas, vanshnookenraggen, and others, and of course, my own ideas. This post will serve as an index for NYTIP – as I publish new NYTIP posts, I’ll link to them here.

First, a disclaimer. I am not affiliated with any transportation agencies. However, I am a member of the Rail Passengers Association.

Now let’s get to the fun part!

This series of posts will address the broken NYC subway system. NYTIP prescribes a three-point plan for the NYC Subway, in this order:

To make weekend subway service more reliable under NYTIP, most maintenance work will shift from weekends to overnight hours through targeted line closures – essentially an expanded FASTRACK program. In exchange, each subway line that operates overnight will run every 15 minutes or better instead of every 20. Proper street management is key to making this transition a success, as line closures will require adequate substitutes, such as frequent shuttle bus service.

The “master builder”, Robert Moses, is often credited with building large swaths of parks, beaches, and highways throughout New York. However, many of his projects have come at great cost – costs which many New Yorkers (especially in The Bronx) still bear today in the form of scarred neighborhoods, asthma, air pollution, heavy – and often dangerous – traffic conditions, and more.

To undo the damage wrought by urban highways in NY, NYTIP proposes a radical rethinking of the road network. In moving toward a new philosophy of urban highways – namely, that interstate through traffic should travel around cities, not through them – NYTIP calls for outright removal of the most deleterious highways and highway stubs to allow full restoration of the neighborhoods destroyed by their construction. NYTIP also contemplates pedestrian-friendly boulevard conversions for other urban highway segments. The resulting road network retains connections to the national road network while achieving environmental justice in communities blighted by highways for decades.

VOLUME IV: STREETS FOR PEOPLE, AND BETTER BUSES FOR ALL

For far too long, NY streets have prioritized the automobile – think free curbside parking, parking lots, wide roadways, and car-oriented amenities like drive-thrus and garages – while neglecting the needs of pedestrians, bicyclists, and mass transit users. The result – crowded sidewalks and pokey buses.

The road to better buses requires a twofold approach. First, NYTIP seeks to replicate the 14th Street Busway‘s success by implementing a citywide network of busways to usher in real Bus Rapid Transit. A robust network of local buses will overlay this busway network, dramatically improving service. Second, NYTIP proposes reforms to the citywide express bus network that will increase its utility and reach, especially for those with few transportation alternatives.

For streets, NYTIP proposes changes to street design that prioritizes movement of people and goods over movement of cars and parking.

Bicycles have existed in some form for over two centuries. More recently, the number of people commuting by bicycle has increased substantially in NYC. Despite this, cycling infrastructure remains woefully inadequate. Quite frankly, it shouldn’t be.

Recently, the Regional Plan Association released their plan for a Five Borough Bikeway, a cohesive network of protected bicycle lanes and greenways in NYC. Using this proposal as a model, NYTIP will explore several options for building a citywide network of greenways and the connections between them.

This series of posts will explore options for integrating micromobility into NY’s streets. Micromobility options include bikeshare, E-bikes, scooters, and mopeds. Rather than serving select communities or parts of the city, NYTIP calls for citywide micromobility. All options must be accessible to those with disabilities; to this end, NYTIP also explores design options that achieve this goal.

In 2017, Mayor Bill deBlasio introduced the NYC Ferry service. While the ferries offer a new way of getting around NYC, they are heavily subsidized and serve whiter, richer commuters than other modes. Splurging money on the ferries while buses and subways crumble is not sound transportation policy.

Nevertheless, ferries have a place under NYTIP. As a luxury service, NYTIP proposes increasing ferry fares (except for the legacy Staten Island Ferry service between St. George and Whitehall Terminal) to match the express bus fare. OMNY integration will allow free transfers between ferries and other modes. NYTIP also calls for a network redesign that will allow better interconnectivity between the ferries and bus and rail links.

This volume will also include posts on shifting freight mode share from trucks (currently about 90% in NYC) to other modes such as rail and maritime.

This volume will provide ballpark cost estimates for each of the recommended proposals under NYTIP. The estimated costs allow for proposal prioritization based on feasibility, benefits, risks, and possible integration with other proposals as single projects.